The competency of Android has grown so tremendous in gaming that it has started influencing market shares of leading gaming consoles. As the emulators of Xbox and PS4, is just a beginning of ultimate gaming experience on Android.

The way Android has contributed in the gaming industry hardly any other smart phone Operating System has done.

Battle Boom is a new comer in the strategy genre and the pleasant surprise for strategy geeks. It has brought a more real-time closer approach towards the battle and strategy making. This military game will put you in the shoe of a General. Command your troops in the battle and show your competency and credibility in the battlefield. The greatest general would win battles in the least time with far lesser massacre. 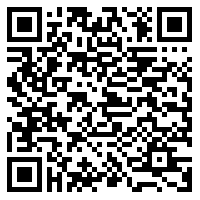 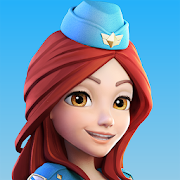 Neon Chrome, A recently launched shooter game with extreme boss fights which would take place in the world made up of neon lights. Shooting glowing things makes a top down shooter more impulsive. With extremely dangerous weapons, you would run across different boss fights. 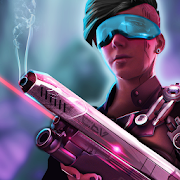 Open up your zoo and earn some real big money. In this idle game, You are a tycoon who is running a zoo. But you can earn more money by making your zoo animals breed and reproducing new offspring. You can sell them and can gain profit.

What you do with the money that you have earned is up to you. Either customize your zoo or unlock new animals for the zoo. Make sure that the things keep running smooth in the zoo or your sales can decrease. 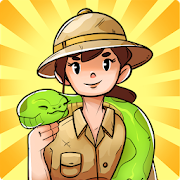 Drive in a hexagonal folded circular root and try not to fall off. You will prove your skills by driving your car on this narrow track by collecting all valuable items and avoiding falling off. Check also: Best Adventure games 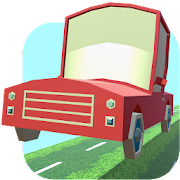 The items you collect are mostly fruits and the environment where you drive is completely natural. An interesting game of 2018 with pretty simple concept.

If you are one of those people who cannot stop dancing when listen your favorite music then you will hardly have any tough time playing this one. Just move these dancing balls on different tiles but according to the rhythm of the beat. It is all about moving your finger on the beat. Try to take the ball as far as possible. With every accomplishment, you can get opportunity to upgrade your dancing ball and can unlock some new items too.