Baseball can be mentioned as one of the most popular sports worldwide because it really is. If hobbyists are playing a sport just for fun and if they are in large number then the sports must be a real craze. Same is the case with Baseball being a bit complicated game for video games only handful of games can carry the real spirit of baseball but there are some Baseball games for Android that can catch up your interest for a far longer time.

Create your own team of some really good players and make them win the Championship. Recruit some really proficient players and train them for the home-run you want. There are three amazing modes with marvelous game play and options. You can’t just equip your players with some effective equipment only but can upgrade your stadiums too. See also: Tennis Games

With 5 leagues, play with your best team and unlock some useful items that will help you advance further in the game. After you get a bit aware with this baseball simulation game, you should try the challenge mode. With this increased difficulty level, you will enjoy some hard to win games and matches. 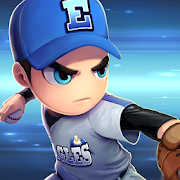 A ready to play fast paced MLB Baseball game that allows you to satisfy your urge of baseball. Just add some players into your team and start swinging your bat with a simple tap. Throw your ball in curve to face out your opponents. But there is also much more in the game you can enjoy. You can go for 3 or 6 innings but if you have some more time, 9 can be a good option for you. Later you can customize your team the way you want to.

There are 500+ players to play with. Recruit some real-time baseball savvy players to knock out your challengers in the 1st round. Equip your players with high quality equipment and unlock more by performing well in the game. A reasonable baseball game on Android device that can be played by any player type. 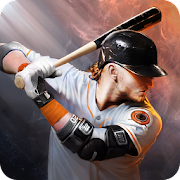 A really quick game play with detail oriented customization. Although you can just add up only 4 players to a match where each single one can be given some serious attention. Because you would not just customize your player but in fact create one. You will determine its gender, clothing and equipment. Create your Perfect players that would in turn give you an incredible team to play with. Check also: Best Boxing Games

Go for survival or one to one game play, customize your stadium and play in you like the most. With its 6 modes, only sky is the limit. If you don’t have much time, one vs one play is a reasonable choice for players like you. A mention-able Home run game for baseball fans who want a bit different game play and prone towards player customization. 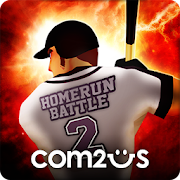 With full of amusement game modes and wide variety of players to choose from, makes this game something different from the rest of baseball genre. From being the maker of team to a grass root player, you can enjoy the game from all different dimensions. 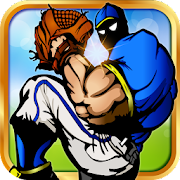 Either flick your finger to throw the ball or be a strategist and plan your best tactics to outface the opponent. The upcoming difficulty levels will keep your interest in the game and makes you feel like playing a real-time baseball.

No matter to which extent we are in love with the baseball, we hardly can deny the fact that most of us like holding a baseball bat in the game than anything else.

The game highlights only the batting part of baseball which you can enjoy if not very interested in the entire game play of baseball match. Enjoy its five modes, do some training in the training mode before starting your career as professional in the game. Try this too: Top Golf games 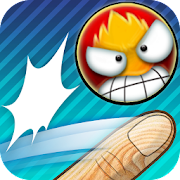 Your flick will determine the range of your ball which will got hit by your bat. Although it is not very close to reality but highly entertaining and that is way most of us play want to play baseball games.

Blocky Baseball, a funkier approach towards baseball. The game presents retro graphics along with a more relaxing and lighter game play. You play with different characters and under different weather conditions. But nothing is too non-serious to kill the fun of game. You will play as a hardcore fan and can swing the ball in curves too. A causal Baseball game with outrageous physics. 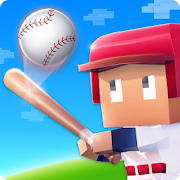 In this game, you have trapped into an odd situation where you like a regular baseball match plays in a baseball stadium and just at that moment, zombies apocalypse breaks out. A stranger and a bit funny thing happens that the world outside the stadium completely changes into zombie.

Now the players in the stadium are the one left, who can stop this extinction of mankind. So play hard and revive humanity back to its previous state. Power-ups for your up-gradation to make hard strikes and kill many zombies at a time. 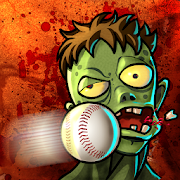