The purpose of gaming is to amuse one but the higher it’s close to reality, the more exciting the game gets. After the record-breaking success of Pokemon Go, everybody knows that augmented reality is the near future of gaming. Not just of mobile gaming but the one related to all gaming platforms.

But once you will end this post, you will know that present is the future we are living and talking about. You would find some best augmented reality games at Google Play Store and they are real fun to play. Because when the things get attach with real-time locations, they become real experience rather than a game or story. This is what few best Ar games will do to you. For every gaming enthusiast, Ar technology should be the first thing they be searching of at the start of their day as it is the prominent gaming revolution that has begun.

The following mentioned Ar games are just the beginning of Android augmented reality gaming one hardly can imagine what we can come across in the near future of mobile gaming.

Ingress, a science fiction scenario where humanity has encountered with something bigger than themselves. It seems like far ahead from us and if we don’t control it, it will control us. A complete sci-fi scenario combine with your real life places. Imagine a sci-fi movie that has been shot at your own home, that’s it will be like.

It is a perfect fusion of reality and fiction which is so effective and convincing that it can get over your mind. You may start thinking like, there is an alien in your store or at the back of door in your bedroom. Play it nice and easy but don’t let it go too far.

Mobbles are cute creatures that have some real super powers. Actually it is more similar to Pokémon Go, as you can catch them and can fight competitions with them after training. But the fun part is catching and finding creatures. They scattered all around your neighborhood.

Imagine how would it like be if you accidentally run across a rare mobble in the front yard of your neighbor’s. You can find them in the bedroom under your bed. But don’t worry they are harmless and you can have them as pets. Feed those, take good care of them and they will be fall in love with you. But to capture them, you first need to control them like a wild horse in the grasslands of Mongolia. Obviously its really similar to the Pokémon augmented reality and instead of Pokémon, there are Mobbles but even then it is really fun playing the game. 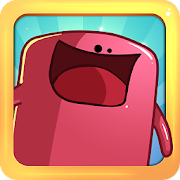 I recently posted about Augmented reality apps, check out the list.

Clandestine is an Android AR game that has taken this entire gaming craze a bit further. It is one of the first few augmented reality tower defense game in which you really have to defend your neighborhood as a Kingdom you own. It is alien invasion you are standing against and you cannot back down because there are only you against the aliens.

Your job is to build sophisticated structures that would attack aliens and defend your city. Obviously it means you would be running in your neighborhood and that’s the point where video games successfully combine with an exciting physical toil. It may look weird to your neighbors but don’t worry after a while they will understand what you are up to. 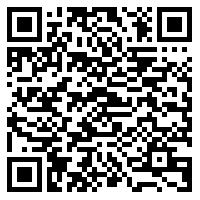 Stack It is among those Ar games that can turn into a hot topic once you star sharing it with your friends online. Start stacking 3D shapes one onto other and try to raise them as high as possible. Compete with your friends by sharing your scores as it is a small time span game that hardly takes more than few minutes to get it done in a match that makes it a highly addictive augmented reality game. So be aware of its addiction factor once you start with it. 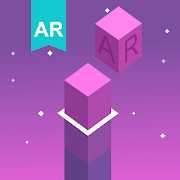