“Escape games” the name gives the best idea about the category. This category of games aren’t quiet famous may be because it is a sub-category of Puzzle games and you may came across some of them in the list of puzzle games. Although the category isn’t famous but that doesn’t mean it isn’t good enough it’s just mean it isn’t huge enough. The most common scenario of an escape game is you have to escape from a room, house or prison for some very serious reason, which give these games their addictive factor. No wonder why most of the escape games have so interesting storyline. New escape games are getting much better in their interesting factor and can give you chill especially if it’s a horror escape game. But with so much improvement in the physics engines of today’s Android games the entire game play has gone to a newer level leaving far behind the old escape games.

So, follow are some titles considered as the Best Android escape games in the opinion many gaming experts. 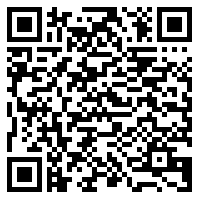 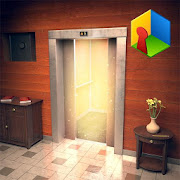 “Can you Escape 5” is one of the most applaud game of the entire “Can you Escape” series. The series include escape challenges from different situations and places such as prison.

“Can you Escape 5” is a room escape game developed by the most seasoned developers highly experienced in escape games. There are 18 extremely exciting levels in the form of rooms where there are puzzles you have to solve in order to get yourself out from there. The game is aligned with interesting story-line, detailed oriented graphics, innovative puzzles and highly addictive game play. 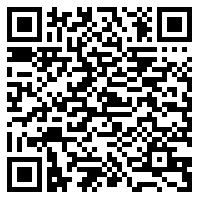 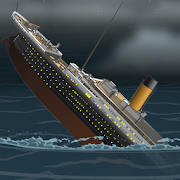 You gonna face the ultimate escape game that mimics the tragedy of Titanic. You are all alone except the hints you can have. All the challenges you will have in the game no two of them are alike. Just use your intuition and intelligence to get yourself out from this drowning ship before it’s too late. No instructions will be given to you, you will be on your own.

More than a million players have signed up for this game, well who doesn’t want to experience an escape game based upon the story of famous ocean liner.

All the escape games the Room series possess are so unbelievably amazing that it is hard to choose just one (Nearly impossible). As the name suggest all the room series games are specifically about room escape scenario. All of them have successfully received (all four) equal amount of positive appraisals and have serious numbers of downloads.

Let’s discuss why is it so? Well, there are numbers of reasons. First of all the unsurpassable truly magnificent 3D graphics and mysterious story line are traits common to every Room series game. Although these are the initial factors make this series super attention grabbing and addictive, yet intuitive controls is also a factor make them more appealing for being easy to understand. Fantastic atmospheric audio and close to reality detail-oriented object are the specialty of this series. Whereas, magnified worlds and alternative endings are the features included in the most recent launches. 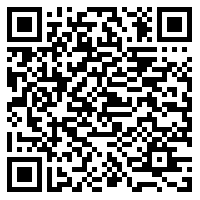 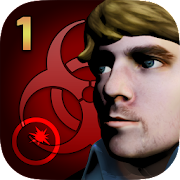 ALL THAT REMAINS: PART 1

You find yourself in a room alone and hear voice of radio playing emergency broadcast. Your sister tells you from a Walki Talki that you have been locked in the bunker by your father for your own safety. But you have to get out of this bunker for your sister, to save her life. Along with that actually you can’t stay there for very long sooner or later you have to get out of it, or you will be forgotten in this hidden bunker.

The audio of the game is quite magnificent along with the voice acting it includes. Where as you can play the game in several different languages support. 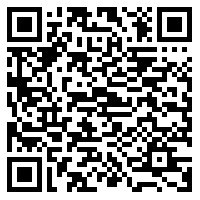 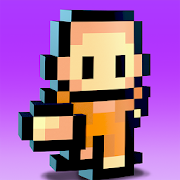 The game has been liked by millions of users worldwide for its unique virtual world experience in the prison. You are a prisoner and will behave like one too. You will have the chance to interact with other prisoners and move around. There isn’t only one way out to escape from the premises of this prison. Use your out of the box thinking to have a novel full-proof plan which is a must have. Because getting yourself caught here while attempting to escape is something that can happen really easily with you. Be smart; observe your environment and atmosphere to find a loophole in the precautionary measures of the system. 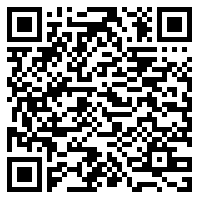 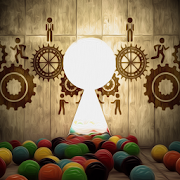 It is a debatable subject that either it’s true what the game states or not, “World’s Hardest Escape Game”. But one thing is for sure that it is one of the most prominent titles of the genre.

The game is known to be really long with a 20 hour gameplay and one have to think in truly ingenious ways to get done with all the puzzle game offers. Along with 20 hour game play there is something else that also numbers in 20 and it’s the number of locations. Once you play it you will know, if not the hardest it is one of the hardest. 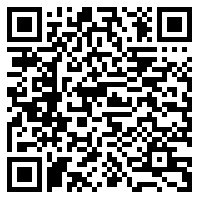 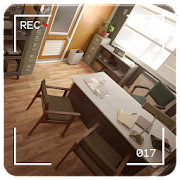 You woke up in a room that is locked and you don’t know how you got here. You realize that you have been kidnapped by someone. Now you have to manage to escape from this room. There will be hidden clues and tools you can use to have an escape plan.

There will be countless riddles and interesting puzzles you have to solve. You would find hidden items like flashlight and batteries, which you would use to get of this room. The game has truthful 3D graphics and lots of interesting levels.

Best Puzzle Games for Android To Exercise Your Brain

ANDROID 9 PIE FEATURES YOU SHOULD KNOW ABOUT