Nowadays kids are more keen towards gadgets rather than spending time with their parents. Parents can spend better quality time with their kids in the way kids like. As kids find it more fun to play smart phone games with their parents and friends. Therefore Google Play Store has a whole different section for family apps and games. This section will provide you with the best Android games for kids, which allows you to spend time with your children by doing the activity they are more interested in.

These best Android kids games comes along with the features such as parental control which allows you to have proper surveillance on your children activates. The games, that Google Store offers can be suitable for kids age between 4 to 12 years and you will surely find that matches your kid’s age. Check also: Virtual reality games

The list below is of the best games for kids ages between 4 to 12 but it is an accumulative competition of this different difficulty level for children of different ages.

It has everything a kid wants in a game, easy to understand and fun animated graphics. Angry bird is although one of the most popular games out there played by people of all ages but it is also one of the best choices for parents. As it is an interesting enough that they will enjoy themselves while at the same time can play along with their kids.

This is one of the best educative Android games for kid’s age between 4 to 8. It will show a shadow of a word in which you have to place the letters scattered around. You have to do it by dragging the letters with your fingers and when the word gets complete, an animated characters will tell you the meaning of it.

It is one of the best games for kids, age between 1 to 5 as it is an educative Android game designed for preschool kids. It teaches your child about the colors, shapes, counting and puzzles even before he gets to school. This surely will give a boost to his brain power and self-esteem. As 90% of kid’s brain develops before age 5, it is a great brain teaser that will give a boost to your kids IQ during this vital period. Money Preschool is simple to learn and has animation that makes it eye-catching for kids.

Cut the rope is a fun game for kids as well as for adults. You can enjoy this with your child while getting amused with the game. It has simple mechanics and bears about more than 400 levels to play. Therefore you never get bore while playing with your kids. This is same as Angry birds, has animated graphics which are too much liked by the kids.

Fruit ninja is an amazing smart phone game for the kids in which kids have to slice fruits in the least time possible. While there are also bombs among the fruits which you shouldn’t slice out. By slicing fruits faster can get you earn points while slicing bombs will harm your scoreboard. It is a simple control game for kids age between 4 to 12.

It is an educative game which every parent would like to have their kids. Ocean for kids is a very informative that makes kids learn about sea, oceans and marine life. Two characters get into the sea and make your children know about different fun facts of ocean. Explorium has about 50 fun facts to make you aware about the ocean and its a really happening game. It is a multiplayer game which children can enjoy with their parents. It comes in premium as well as in free version.

Who doesn’t know about Lego and want to share the same playing experience with their children they had in their childhood. Nowadays there are also different movies that has been launched on Legos related to the different themes and comic book characters. Although it is a game that users of any age can play without getting bored but it is a perfect example of game that parents can enjoy playing with their kids.

As Lego games have amazing mechanics, however it is really simple to control and a great fun to play. The best part about it is, you can revive your old times without paying anything as it is totally free to play. 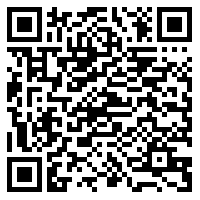 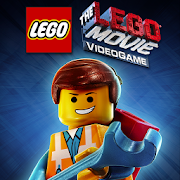 Nowadays children have little opportunities to know and get close to the nature because of being surrounded and living in a concrete jungle. It can get your kids fascinated by the nature and make them inspire if they want to be a biologist or do something related to nature. It is a pretty simple game in which you just need to collect fireflies, for catching them you need to tap the firefly and it will be captured by you.

There are multiple fireflies of different colors which you can mix together. It is an extremely simple which rather raising your heartbeat or making you sweat, just gives you a calming effect.

Kids always used to have the craze of becoming an adult and doing the stuff they do. Toca boca allows your child to fulfill their fantasy by making them do all the daily chores that makes them feel like an adult. It includes everything from going on vacation in a big city to doing kitchen’s regular tasks. This is one of the best games for kids who love cooking things with their mom.

This is a perfect game to make children learn about the gravity and sharpen their problem solving skills. It has animated graphics and a simple story line in which you have to provide an alligator with the water supply so that it can take bath.

Pet Bingo can teach your child arithmetic, geometry and measurements, if his/her age lies between 5 to 10. Stop your kid wasting time with useless addictive game that acts as junk food for mind. Instead make them play pet bingo which is not just fun to play but helps your kids learn many things. For being a math game, it build up the mathematical foundation of young kids aim high in life. 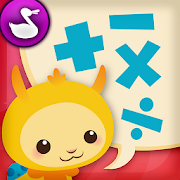 Alphabet Soup has designed for really young kids who have not yet or have recently introduced with alphabetical letters. Your child would be given a bowl soup in the game in which the alphabets will be floating on the surface, your kids have to tap each of the letter one by one to empty all the bowl. This game has designed to build fast perception of kids about alphabets and to make kids learn in a more fun way. 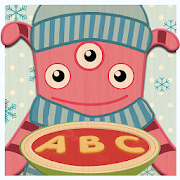