Although there is not any genre after the name of boys games yet many search this term on Google. There is no doubt that there are games which target boys as their selected market segment and therefore there is hardly any game having absolutely equal ratio of men and women users. In this post, we have named some of the most adorable Android games played by boys mostly. 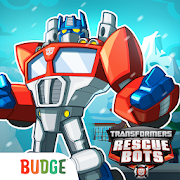 Transformer is really popular among the boys, first for their animation and also for the amazing block buster movie. It has everything a boy fantasizes about robots, cars, guns and action. It is based on the same story-line where the transformers help you saving innocent citizens from alien attacks.

The graphics are animated yet quite sophisticated while the soundtrack and controls are up to the expectation of Android audience. It’s a must have game for boys having Android because it’s a game free to download.

Boys are always fond of car toys and love to race with each other. It is based on the same boys imagination of driving a car toy like a real one and racing with their friends. In the game, you will see more than 30 toy race tracks which seems similar to the one usually kids make in their home. You will be passed by different homes and areas of huge houses. You can also choose from a wide variety of different cute cars.

It is interesting enough that parents can also enjoy it with their kids. As it seems a perfect car racing game for little boys, for having no traffic violation or violence at all. Boys are mostly attracted and fascinated by a 4×4 SUV. This has brought boys fascination into a virtual reality. In it, there are 4×4 vehicles that will race and compete. The race would take place in the snowy day and race track will have snow on the both sides of the track. Yet it has nothing about traffic violation, speeding, rash driving or stunts and the game appears more of a toy car racing rather than a real rally racing. Therefore it’s a real preferable choice for kids who want to play racing game having SUVs.

There is hardly any boy who had not ever played the imaginative battle between his toys. As the name says it all! Commander of toys is a game that has taken this boy fantasy to the next level by presenting a game having toy soldier’s battle like a real-time war. Toys will shoot and there will be tanks and other weaponry but don’t worry no one will bleed and it is not like other adult battle and shooting games.