After more then a decade since the mobile phone got really common among general public, people now don’t pay much attention to Mobile ringtones. But even then ringtone is something you gonna hear for many times a day because we hardly have any day when we don’t receive any calls. So why don’t just use it in your benefit by adding some Best tones that will cover you from stress or a positive message to get it hard wire in your subconscious. Or just for fun, Ringtones for Android can provide you the stuff.

There are some fabulous free ringtone apps that will emit a whole frequency of emotion from your phone rather than just a sound.

Be unique with your ringtone and download Ringdroid on your Android device. It would not just fill up your phone with tons of amazing sounds but also have a customization feature of creating new stuff. Have a ringtone that inspires you, motivates you or triggers a positive memory. You can have a tone which no other person in the world will have because you are the one who would created it. An Amazing Ringtone Maker app that will make the best use of your media file by trimming up a sound track into an awesome mobile tone.

Its one of the most easiest application ever for Android smartphones. 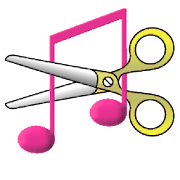 Ringtones & Wallpapers for Me

Sometimes you find best things you need in a perfect package. Ringtones & Wallpapers for Me is one of those things, which will not provide you the best of the best ringtones but high-definition Phone wallpapers too. Its Ringtone’s reserve keep gets update with new tones from time to time, so don’t fed up by listening those you liked previously. Anyhow, it’s just an assumption because there are so many that you can have a new tone at each meal of the day, everyday.

Not just that, you can do some customization with the high-resolution Images in wallpaper sections where are some cool wallpapers waiting to be used as Screen saver. Place screen savers that emit positiveness along with the ringtone that refreshes your mind because your phone is something you look at more than any other person’s face or thing. 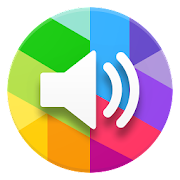 It is not just hundreds of ringtones you may like but those that are popular among smart phone users. Audiko also possess some Background wallpapers, customize the sound concordance to your need, eliminate the part you like least and make the remaining your full ringtone. It’s the same with wallpapers, you can do some editing with them, although the wallpapers are mind-blowing but a reasonable editing may get it some more closer to your heart. See also: Piano Apps

Audiko does not just comes with the tones only but with its unparalleled ability to use any soundtrack or music as your ringtone. No matter where you have heard it, Audiko will simply help you to set it as your smartphone ringtone. It is quite simple to use and can be done by anyone. Along with the soundtracks, you can put gorgeous wallpapers that are inbuilt in the app. It might feel better watching a great sight while listening to a mesmerizing soundtrack. 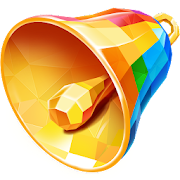 One of the best ringtone apps For Android that allows you to set iPhone ringtones on your Android device either for your alarm, reminder, text or call. It will provide you many outstanding soundtrack, hardly have any match. 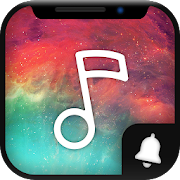 One thought on “Free Ringtone Apps For Android Mobile”