From east to west, hockey is a game loved by millions. It is equally popular in Western countries such as Canada and US as in Eastern countries like Pakistan, India and Bangladesh. May be that’s the reason hockey games are really popular on the Google play store. If we add up ice hockey in the stats, then the fans would be in 100s of Millions. Due to this never ending craze for the game, we have compiled a list of some of the most interesting Android hockey games. 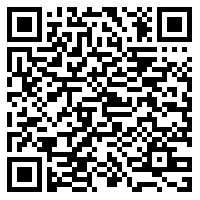 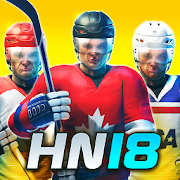 Just enjoy the crazy energy of this ice hockey game, where there are tons of tournaments and challenges. Like the 3 on 3, where total of six teams from USA, Canada and Russia will play head to head.

Along with that there are dozens of national and international teams like Russian League Teams, North American Teams and All-Star teams. Apart from that you can also choose to go for Outdoor series, Live match participation or any of the challenge match in the game. 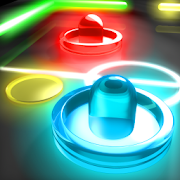 If you had previously played some of best hockey games then it’s least probably you had not played glow hockey 2 yet. This is one of the most famous hockey game people are currently playing on their smart phones world-wide. Its number of downloads ranges in between 10,000k to 50,000k, which is pretty awesome. You have to just hit a disc on the table which would be glowing. This may sound simple but when you play, it gets really exciting. As the disc moves really fast and it seems  almost impossible to show the appropriate response that can match the speed of disc. It is a multiplayer Game you can enjoy with your friends online. 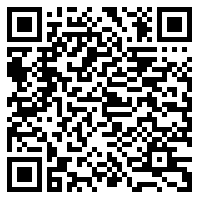 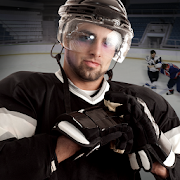 No ice hockey talk can be completed without the hockey fight and so do our list of hockey games. This is technically not a hockey game but we added it in our list due to the fact, it is one of it’s own kind hockey fighting game. May be that’s why it have gained popularity more than many good pure hockey games on mobile out there.

However you have to encounter 9 most dangerous hockey fighters in the game. If hockey fighting is new to you, there is an interactive tutorial to learn from. But once you get the basic idea you will really enjoy it very much.

Fight with hockey fans world wide using tons of combos and punch combinations. You can have replay to improve your fighting. By fighting you can upgrade your characters attribute and continue playing 14 different fights. There are several different modes to start playing with and many that you can unlock. A real adrenaline pumping hockey android game. 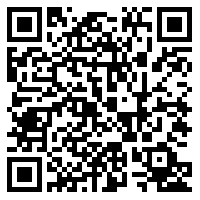 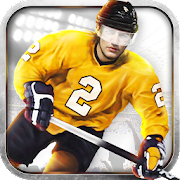 As the name suggest, it is a fabulous 3D game with marvelous graphics. The graphics has far better realistic approach than any other hockey game. It has different modes you can enjoy. If you are not interested in spending too much time then you can go for quick play mode. While the championship mode is always there to provide you some serious game-play. You can enhance the skills of your players by continue playing different matches. There are more than 20 uniforms that can be allot to the players. 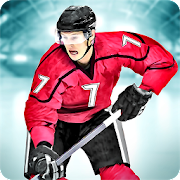 Unlike many other mobile hockey games you will play it from the first person perspective, you will have hockey’s players real view on your screen. One of it’s own kind this game also has admirable 3D graphics and physics engine.

Have fun while playing different leagues and teams. The games get a bit tricky at time where you have to put a bit of tactical thinking to get through. But this is the real fun of the game about. 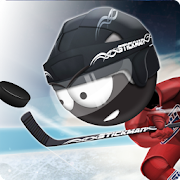 Among the all stickman series, it is one of the most mind blowing sports games. Apart from the characters, it is highly close to reality when it comes to the physics. It has options for several difficulty levels, while the modes include training and quick mode. Stickman avows 40+ teams among which you can choose the game of your choice. You can enjoy long and short sessions of the tournaments which avows long hours of fantastic gaming. 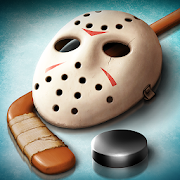 A real multiplayer ice hockey competition where you can meet other hockey fans and play with them. Actually you compete against them or with your friends (either way you like). Pick out the best teams as each one has it’s unique abilities and strengths. There are more than 80 teams you can choose from, so it would take you a bit long to get bore with this game, if you keep trying every team.

You will participate in tournaments and multiplayer matches where you have to prove yourself, for there is a global leader board tells about the best in the world. You better keep an eye on the leaderboard and unlock new formations in the game to over power your opponents. 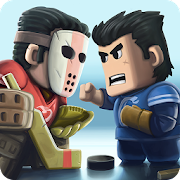 It seems like a Lego movie hockey game with really aggressive competitiveness. Ice rage has amazing 3D graphics that contributes in the amazing game play. There are two different modes include, quick and the death mode. You can choose one of two, that suits best your demand for the game. In the multiplayer mode, it increases the adrenaline rush, especially if you are a tablet user. Because it has been optimized for tablets. 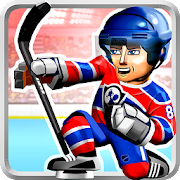 An ice hockey adventure that will take you to the extremes of skills and expertise to win a match. Create your best hockey team to emerge as a champion. Compete with the players online and also with your social media friends. Let the world know how good you are!

With its amazing space for customization, you can evolve the players and teams according to your need. Train your players to skate well and score the goal. No matter what kind of hockey game one likes, it has something for everyone. Quick mode will get you some pretty quick hockey action. While the friends mode is the best type for weekend gatherings. 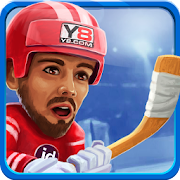 Prove yourself as a hardcore hockey fan by scoring the goals within the time limit, race against time and test your skills. You have to shoot some powerful shots to boost up your score. The game will include different modes, either you can give a time pass game play or unlock new levels and items. There are about 3 modes to entertain you with. Hockey is a competitive game and nothing can be more exciting than having a competition in the game with real time players especially with your friends.

In the 1 vs 1 or 2 vs. 2, team up with your friends and play against other online hockey enthusiasts. Your score will be shown on the score-board, so give it your best. In the general career mode, you will be able to face 15 full of intense action hockey challenges that will take you to the next level of ice hockey.