No game can be more interesting than the one having confrontation of gangsters and cops. We all love police chase in movies and I am sure we will find it equally thrilling in an android game. Therefore, we have collected some of the most outrageous cop games for Android I am sure most of you would love !! 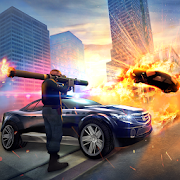 In the game, you will be shown as a cop who has the most dangerous Gangster’s hub to fight against in the New York. You are a NYPD officer who is the beacon of hope for the entire city to get things back to normal. Now you have to go out of the way to stop these criminals and it will include a lot of action and thrill. There will be many weapons and guns you would be using. You will be like a CIA agent who has to do car chases and shoot out the criminals at their downtown. It also includes several missions with different challenges; you will not only drive cars and bikes but helicopters and tanks against the criminals.

A cool fun with astonishing 3D graphics for your Smartphone. 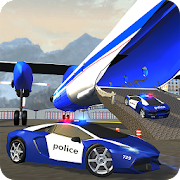 If you ever had wished to drive a police vehicle at any point of your life, then this is something you must really try. Because Police Plane Transporter is about no crime fighting but only police vehicles and transportation machinery. You will get the chance to drive police cars, and especially the police motorcycles. For those who had been in jail in GTA vice city  for doing so, will enjoy it a lot more. It is not just limited to cars and bikes but also air-crafts and helicopters. You will not only drive a police theme Lamborghini but also Planes having blue and white paint on it. 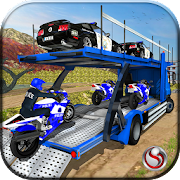 A very close to the reality police transport simulation game that gives you a better idea how police works day and night in extreme conditions to serve the society. There are many transportation missions including uphill and off road biking  and driving of cars and trucks in difficult weather conditions. You will also have missions to load the cars into trucks. But as a whole it is a complete driving experience of different vehicles and uncovers aspect of police duty apart from crime fighting. Even if you are not very into cop games you can play it as a driving game. 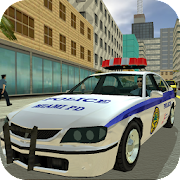 You are a police man in Miami, who has to control the crime rate that has been increasing enormously. You have the license to shoot at sight. The game is full of high tech ammunition and bad guys. You have to control gangsters and the mafia and maintain peace in the city at any cost. This is highly addictive and has really appealing graphics. Unlike any other police game, it is a urban quest in itself. 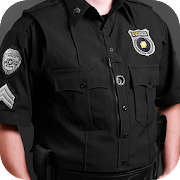 You are a fired cop who is struggling in Los Angeles to get his badge and honor back. You have to chase criminals and fight the crime until you are back to service again. The game is out standing with any missions, lot of chases and police criminal encounters are really thrilling for the players. Crimioplis is a perfect crime fighting game and police simulation that can make you feel like a cop. 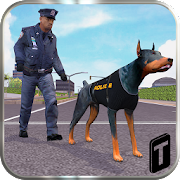 Being a border ranger officer you are the guardian of the law & order for your country’s boarder. Therefore make sure you eradicate all the lawlessness taking place in area under you supervision. Stop criminals violating any law for you have some really fast police cars to chase them, and at the same time you can upgrade them. Engage in serious car chases and take the necessary steps to stop the criminals causing lawlessness. Patrol the border area and keep an eye on any suspicious activity. 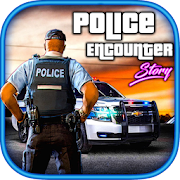 You gonna handle some real big names of crime world but first you have to start form the very grass root level. You would be provided with ammunition and reasonable Police vehicle to enforce the law for common citizens. Caught drug lords and mafias, chase them if they try to escape using their vehicles. With every pursuit you will earn cash and can add to your collection of Police cars. It’s open world car chasing and deadly weaponry makes it a great choice.