War games never had been as much popular as they are today. Thanks to the mobile phone devices everyone is carrying in their hands, which has turned everyone into a part time gamer. However war games are great alternative of classic strategy games such as Chess and due to the lesser number of options for strategy games, Gamers have really liked them when these abundantly appeared on Play store. These battle games are not just more appealing, eye catching but include a story line and character which was usually lacked in classic games. Due to never ending craze of war, we have named some of the most famous and admired Android war games.

An amazing epic gunship battle game with dragons and old castles. It allows you to play either as a warrior or strategist. It is about protecting and building your own kingdom while conquering others. Obviously you and your opponents will have weaponry such as Monsters, and other creatures to demolish the kingdoms of opponents. The best part of the Game of War is that you are not just fighting against AI(artificial intelligence) machines but with real time players all over the world. You can also get engage in a live chat with them and create your alliances to become an Emperor of Stony kingdom.

War against countless online players with an army of strange creatures. Build up your kingdom and develop it as an enormous Empire. To ascend up the ranks, make alliances against enemies and show them how powerful you are. Plan reasonable strategy to out face your opponents. Allot honorable titles to your friends in the game of war. Have the feel of an Emperor by running an Empire of your own.

Hardly any game provides you the thrill of fighting a battle on land, sea and air at the same time. You will be overwhelmed by the artillery which you had never experienced even in any artillery game. Like any other, your basic responsibilities include defense and attack. By attacking you can steal the resources of your rivals and can gain more power in this battle simulation game.

Creating your own force is the most amazing part which can set you apart from any other player. While the global chatting system helps you to communicate with other online players and you can create Alliance with them or can warn your enemy to stay away. If you perform well your name will appear at the top of the leader-board and you can also display it on Social network.

Air battle is based upon World War incident and you can participate in it either as a fighter pilot or as an artillery solider. Air battle includes full of action missions with the heavy machinery. You will get the chance of flying different air-crafts, tanks, trucks and other army vehicles. It is full of options and the features with its 40 missions. Each will have some of its own specific modes. You will have the chance to fly 18 fighting jets of world war. Air battle also bears a variety of various weather conditions and maps. These diverse elements make it a close to reality experience.

March of Empires is a typical King war Game. You are in a region where things are not as much abundant as they usually are in such games. You are a king whose responsibility is not just to flourish the Empire but also to protect it from other Greedy Lords. Change your Empire into a developed civilization while for defense raise a powerful huge army. Gather treasure and bonus points Instead of being dominated, dominate others. Let everyone know that you are king of the kings. 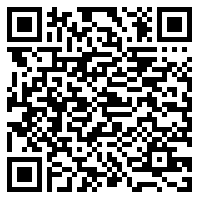 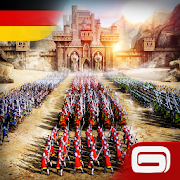 One thought on “Addictive War Games For Android”